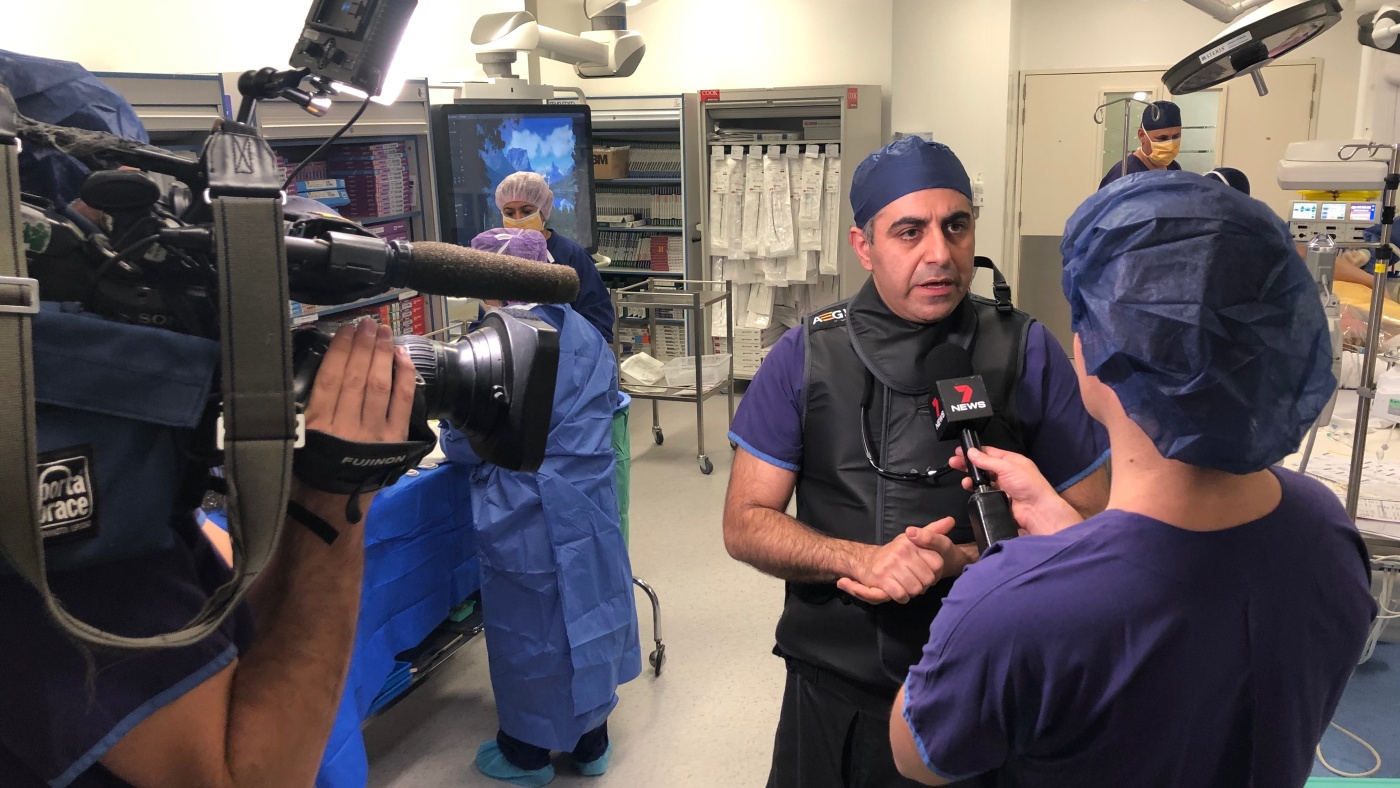 Northern Health is leading the state in the field of complex venous disorders, as the first hospital in Victoria to offer intravascular ultrasound (IVUS) as a regular service to patients.

In order for veins to function normally, they need to be clear of blockages. Veins can be acutely blocked by commonly known conditions like deep vein thrombosis (DVT).

Many advances have been made in minimal invasive treatment of blocked arteries. One major advance is the cutting-edge technology, IVUS – sonography inside the vein.

Several studies show the superiority of IVUS to standard angiography when treating complex venous disorder as it enables vascular surgeons to conduct highly complex procedures whilst reducing the risk of radiation exposure to patients.

Iman Bayat said, “IVUS gives us accurate measurement of the degree of obstruction, the size of the veins, and also guides treatment of blocked veins using stents.”

“Previously, the technology was restricted to arteries within the heart. Now we are able to assess veins that are 10 times the size of the heart vessels.”

Northern Hospital’s new state-of-the-art angiography hybrid theatre is also the first in Victoria to be equipped with IVUS.

81 year old grandfather, Gerhard Scholl, was one of the beneficiaries of this IVUS treatment at Northern Hospital by Iman Bayat.

Gerhard’s results speak for themselves. Prior to the procedure, Gerhard said he had a lot of trouble walking and painful swelling. He would even struggle to walk through the shops with his wife.

“I feel so much better. Now, I can walk all the way through the shopping centre no problem!” he tells us gratefully.

Watch the video below which featured on Channel 7 News last night: