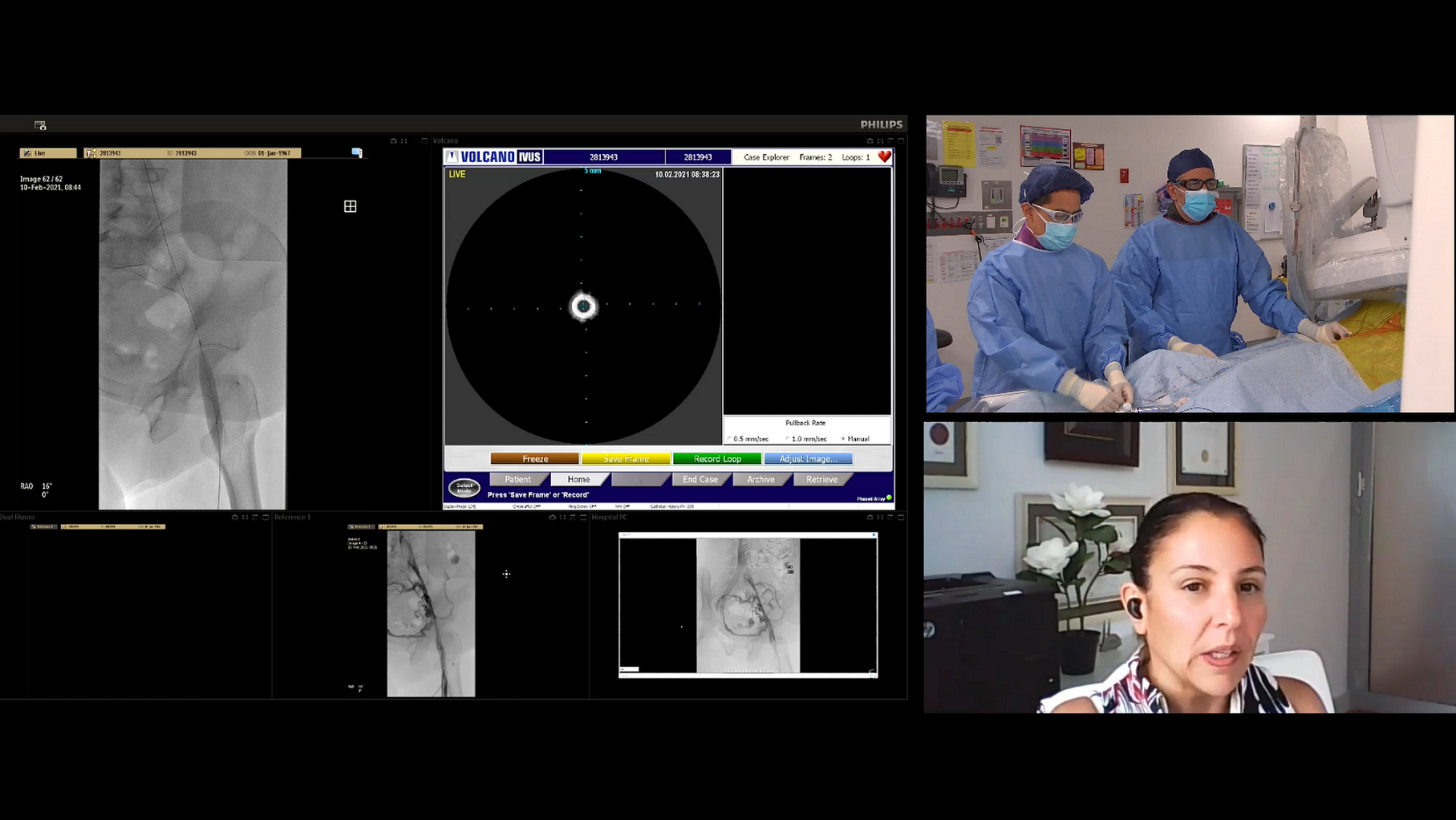 Traditionally, the team would invite international experts and world-renowned surgeons from other parts of Australia and overseas to attend. They would travel to Melbourne not just to watch the procedures, but also take part in them and make comments during the live procedure.

Iman Bayat, Vascular Surgeon and Head of the Northern Health Vascular Surgery Unit said, “Through this interaction, there is education not only for us but also for our guests.”

“Last week, we were able to achieve the same interaction that we would have had with the visitors here live – but on a virtual platform. So when the cases were being done, with complete protection of the patient’s privacy, surgeons from other states and overseas could see us, get a feel of the operation, see the angiograms in real time and make live comments – and we would all be going at the same pace together,” Iman explained.

Iman says one of the benefits of workshops of this nature is that patients with complex venous conditions are able to receive a second and third opinion from international experts in real-time during their procedure here at Northern Hospital Epping.

“Ultimately, the decision-making is live with the surgeon performing the procedure here at Northern Hospital – but having this input meant shared learnings and feedback,” Iman explained.

The team are now developing this capability so more virtual workshops can be held in the future.

“This is the ground work for future events like this to be held at Northern Health. Now, it’s possible. Previously, we would have to get the person to travel to Melbourne,” Iman said.

“I think it’s a pretty significant event that happened last week. These workshops bring much better care to our patients overall,” Iman said.