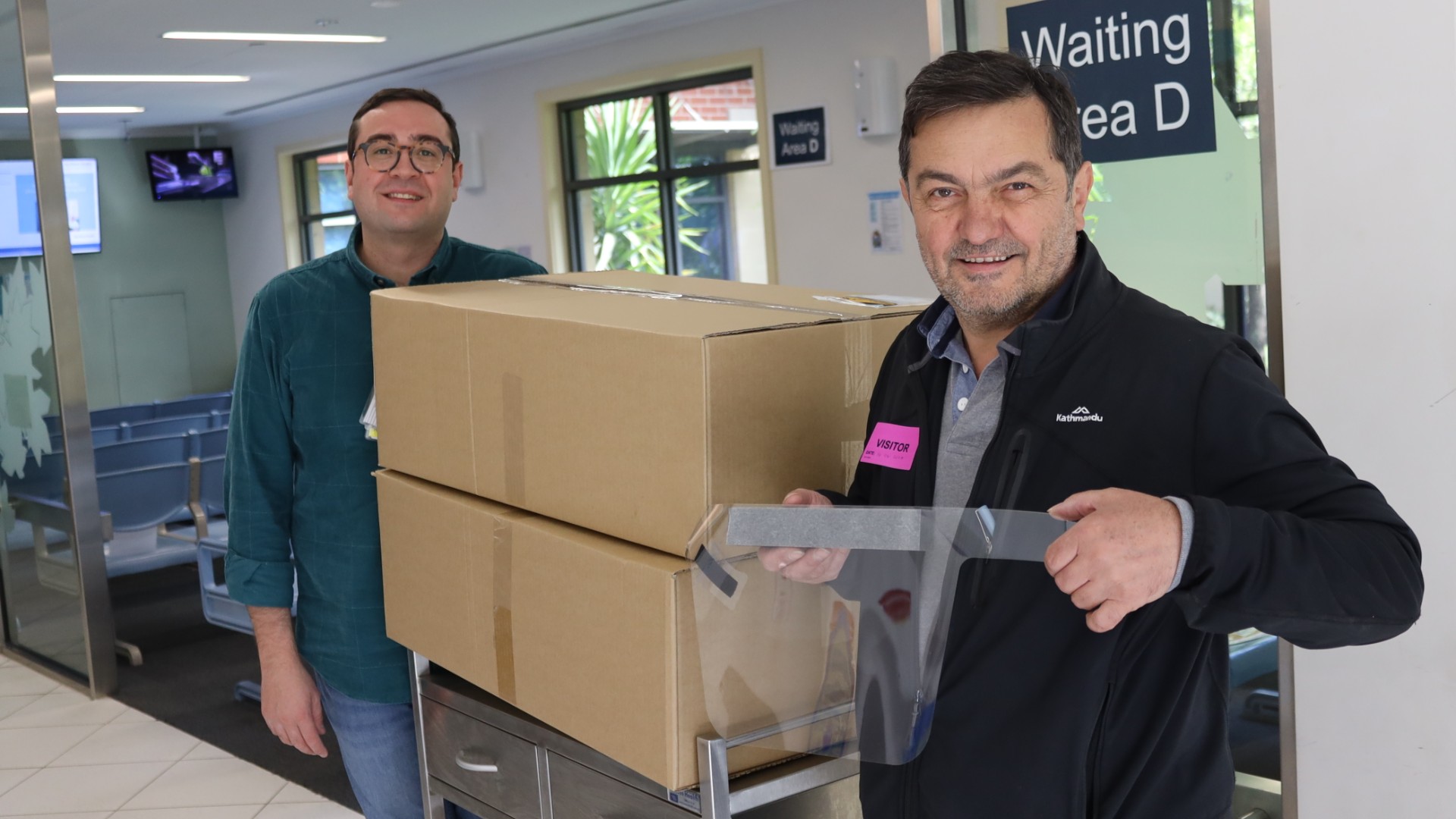 “Invention, it must be humbly admitted, does not consist in creating out of void but out of chaos.”
Mary Shelly

Personal Protective Equipment (PPE) is in demand for staff on the frontline of fighting COVID-19.

When Nicholas Romeo, the Head Scientist and Lab Manager of the Respiratory Department at Northern Health, first heard of a possible shortage of PPE in a discussion with his head of department, Dr Katharine See, he decided to do something about it.

He first asked himself, “Who could make PPE?” and fast concluded it needed a supplier with the ability to fold plastic.

He ‘cold-called’ a few suppliers locally that make plastic folders and found Victor Stoyanaski, the most engaging in terms of wanting to assist.

Victor, the proprietor of Norbind Plastics Pty Ltd., a 28 year old business in Epping, says at first he was sceptical – but decided he had nothing to lose. At the time Nicholas called, he had already stood down the majority of his staff, working them only in rotation.

Victor it turns out was already supplying the plastic folders that we use at our bed-ends at Northern Health.

That was Monday, 30 March. The same afternoon, he had ready a couple of prototypes and that Thursday had a finished prototype for Nicholas to share with the various stakeholders, including emergency department and theatre physicians.

On being given the green light, Victor was in production on Friday and delivered his first order the next Monday. He is now in the process of delivering an additional ten thousand face masks to Northern Health.

Now that he has got his first order under his belt, Victor is already investing on machinery to make cutting the material quicker.

He says “I want to make it more efficient and then ramp up production.”

Says Nicholas, “A very big thank you to Dr Katharine See for her assistance and facilitating the valuable feedback from all the physicians. It was great having the support of heads of department, executives, supply department and our respiratory medicine team to make this happen. It was also great to support local industry at this time. Hopefully we can support them into the future.”

“Thank you Nicholas and Katharine for encouraging this initiative. We’re grateful for your resourcefulness and are glad we can support a local business”, says Basil Ireland, Chief Finance Officer.

There’s none more grateful than Victor. He already has had enquiries both from Melbourne and interstate. “If not for Nicholas, I would be facing a very different business scenario. On behalf my team and myself, I can’t thank Northern Health enough, for thinking of local business at a challenging time like this for all of us.“

“It’s true what they say ‘We are in this together’,’” says Victor.