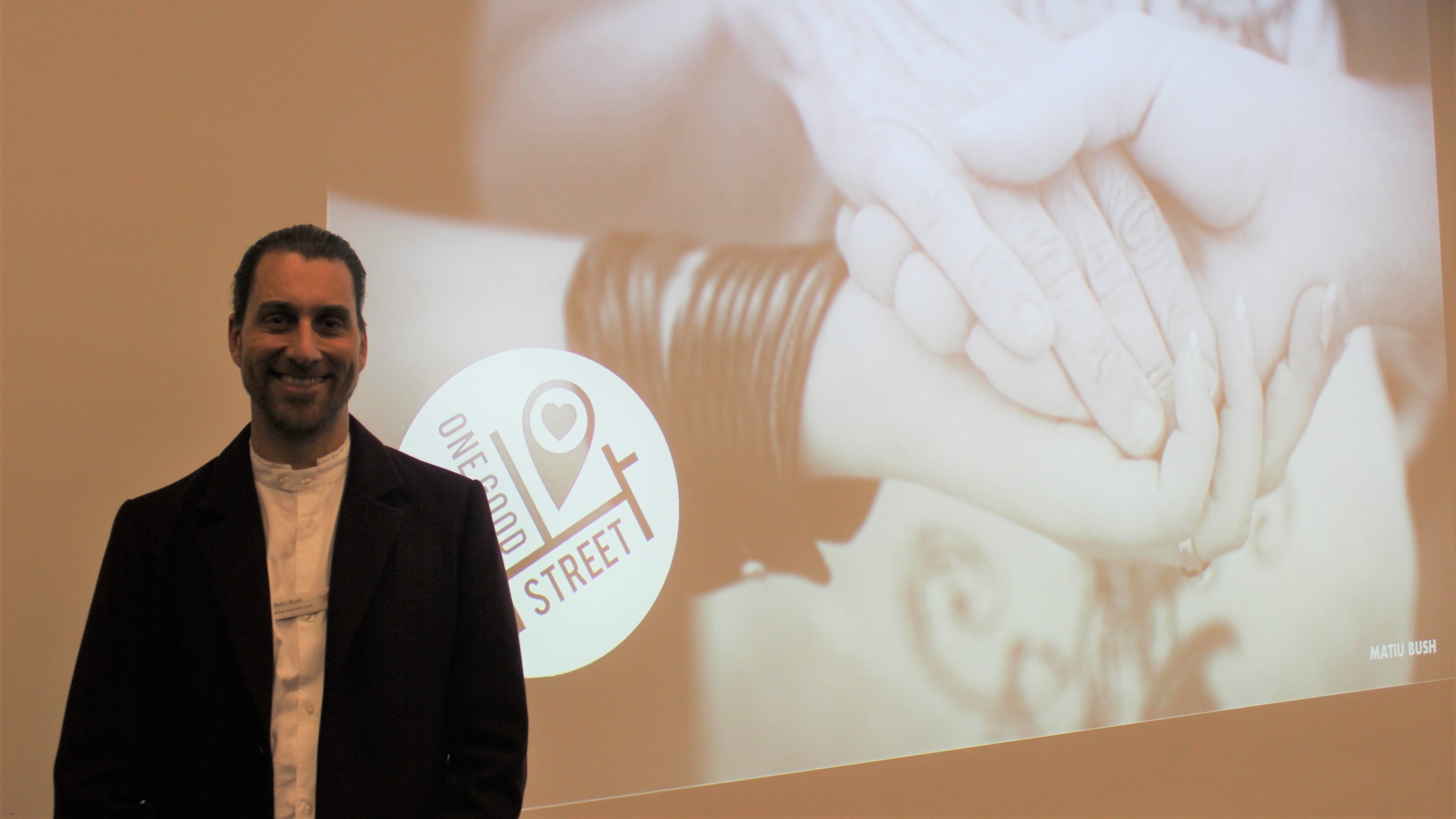 What if the power grid of care, safety and support for our elderly citizens lies in the communities, and not in hospitals?

Matiu Bush, a clinician, had an 83 year old retired GP living on his street. The GP’s daughter and Matiu’s friend used to call him for help often. The full-time working daughter and an anaesthetic consultant was struggling to be a full-time carer for her father as well.

“He used to fall out of bed and she used to call me to pick him up and put him in bed. This would happen around 3 am,” Matiu said.

When he started talking more about the help he provided for the neighbour, people used to tell him, “oh, I also look after a Greek lady in my street.” Being engaged with the Health Department at the same time helped him connect the dots and understand there is value in what he was doing.

At the same time, Matiu was working in a community care centre, watching hundreds of nurses drive out every day to visit people, and when they couldn’t get through the door or wanted more information on their patients, they’d go to the neighbours.

“Neighbourhoods have a lot of capacity to do a lot of caring when health professionals leave. There is a safety net there,” he said.

That is when he realised there are so many local heroes doing great stuff, and there wasn’t a way to appreciate it and structure neighbour initiated care.

That is how One Good Street was born.

One Good Street gives people the opportunity to volunteer in their local communities and with the human-centered design, Matiu made volunteering easy, as he realised participation in many current volunteering programs is not simple, while everyday life is getting busier.

“People want to do great stuff for others. This is also enhanced by technology, even though the narrative today says that technology makes us more isolated. Meaningful use of technology reduces isolation and loneliness, and so do meaningful tactile relationships. It’s about getting the balance between these two right.”

Matiu found a thick market of social activity on Facebook. This means, in his growing One Good street group, he can post that he needs a fridge for a pensioner, and somebody would donate it in 2 days.

“People want to help,” he said.

The One Good Street system works in a way that does not expect from the elderly citizens to pick up any new technology. The street is their network. The organisation aligns with community carers, nurses and local GPs, and that is how “somebody knows somebody who needs help”.

“It is a fact that isolation and loneliness in people over 85 is a hidden epidemic, as these people are locked in their homes and they are not obvious. The only way through them is to a partnership with community agencies already there. These agencies know about One Good Street and they offer it to the elderly citizens,” Matiu explains.

The Facebook group is there to help engage volunteers and brainstorm ideas – that is how the idea ‘cycling without age’ was born, where younger neighbours ride a modified bike and take their neighbours for a ride.

Matiu says successful modules overseas have proven that when you activate a suburb, great things can happen. Starting a walking club or a garden club can change people’s experience of their own lives and reduce their risk of going into hospitals.

“Money has nothing to do with connectedness. Willingness to get connected in other people’s lives is independent of how wealthy they are or how educated they are.”

Matiu added that a simple act of inviting someone who you know is alone and older, especially during a heatwave, can help save their life and deepens mutual connection.

“If you have air-conditioning, a simple thing like opening up your house to your elderly neighbours during a heatwave can reduce hospitalisation”.

Currently four suburbs in Melbourne are involved in One Good Street, with the project planning to extend all over Australia.

One Good Street is also working on another exciting project – together with RMIT, they are developing Australia’s first wearable device, to detect loneliness by counting a number of words a person has spoken during the week.

“Loneliness and isolation is manifested in poverty in conversation. No one has ever mapped how many words a lonely person speaks during the week,” Matiu said.

“Not having a companion leads to poorer health outcomes and is just one of the many things we need to think about as we address the ‘Staying Well ‘ part of the Northern Health agenda. Matiu Bush is someone who is making a real difference in the community, at a grass roots level, and that is really where some of these initiatives really have to be done,” he said.

You can join the One Good Street group to see if it might work in your community and look at the difference that health professionals – and others – are making to improving health of the communities in which they work with very simple and practical solutions.