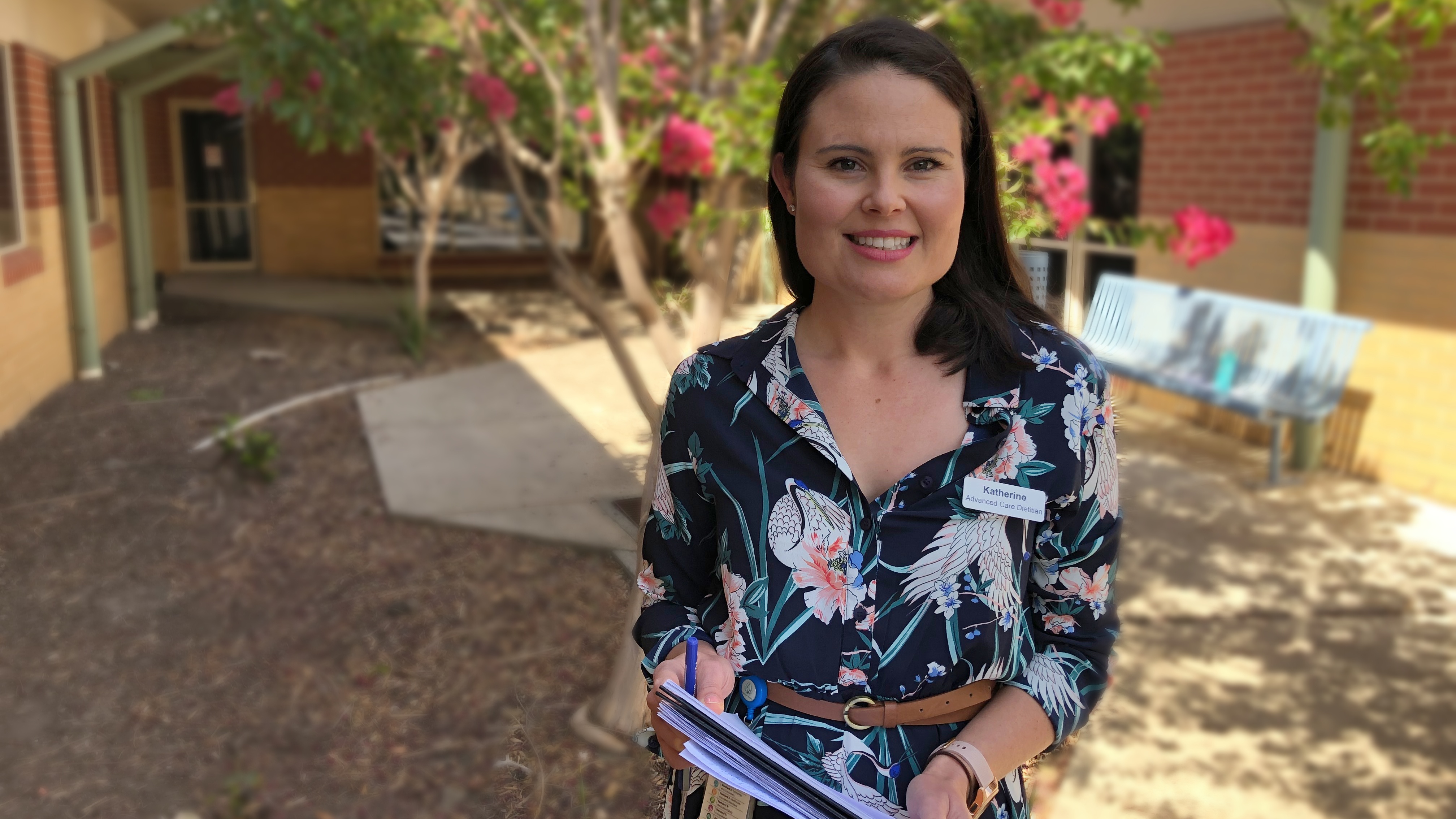 Nominated by Rachael Evans, Associate Director Allied Health – Dietetics, Rachael said, “Katherine is committed to excellent patient care, and is extremely generous with her expertise, providing support internally to the dietetics and gastroenterology teams, and externally with various support groups and professional organisations.”

“She has a unique professional background as both a Medical Scientist and Advance Practice Dietitian, and assisted in the establishment of a novel practice dietitian-led gastroenterology screening clinic at Northern Health, the first of its type in Australia,” Rachael said.

“The majority of patients are safely discharged back to their GP’s without the need for invasive procedures or gastroenterology review. Once equipped with knowledge on using diet to manage their condition, these patients no longer frequently present to the emergency department,” Rachael added.

Katherine explained that in the past, patients who presented with Irritable Bowel Syndrome (IBS) symptoms would have to wait to be seen by a gastroenterologist.

“There are risks associated with being on a wait list for a long time. I started seeing patients that it would be appropriate for a dietitian to see, who didn’t necessarily need to see a gastroenterologist,” she said.

“The expectation was that I would be able to safely manage around 40% of these patients who came through my clinic – and that was exceeded – 68% of patients ended up having symptom-resolution and no longer required the service,” she said.

“It’s really great because prior to my work here, I worked as a microbiological scientist, so I get the pathology side from my first degree mixed with my dietetics degree, so it’s like my two professions colliding – it’s such a unique role – I could never have imagined such a role would exist,” she said.

“I also work on an Inflammatory Bowel Disease (IBD) diet clinic. They are really at-risk patients. It’s really great that the patients here have access to this clinic – it’s exceeding demand,” she said.

Included in her award nomination were comments made by Katherine’s patients, one of which gushed – “after 5 years of getting nowhere, Katherine has helped me out so much more than anyone ever has. Thank you very much, you’re an angel sent down from heaven.”

Katherine started working at Northern Health in early 2017, but ten years prior to her commencement, she was a student here.

“It was a really positive experience, and I said during my interview how lovely, welcoming and supportive it was when I studied, so it was quite enticing to come back,” she said.

When asked what her favourite thing about working here was, Katherine said, “It’s such a lovely environment – my colleagues are very supportive.”

“It’s definitely also the profound impact I can have on these patients,” she added.

On winning the award, Katherine said it was really nice to be recognised for her hard work, but it came as a shock.

“I was very surprised by the nomination, let alone to win. During the speeches, Siva said there is over 5,000 staff, so to be picked out of so many staff is incredibly flattering.”

“For someone else to acknowledge my work, it’s so representative of Northern Health, that they are progressive by taking care of culture and people. It’s again what is so desirable about working here.”

Sponsored by Maxxia and BankVic, our Quarterly Staff Recognition Awards have been designed to formally recognise outstanding contributions by our employees and celebrate staff excellence.