Dr Stefan Herodotou nominated for Teacher of the Year

Home / Dr Stefan Herodotou nominated for Teacher of the Year 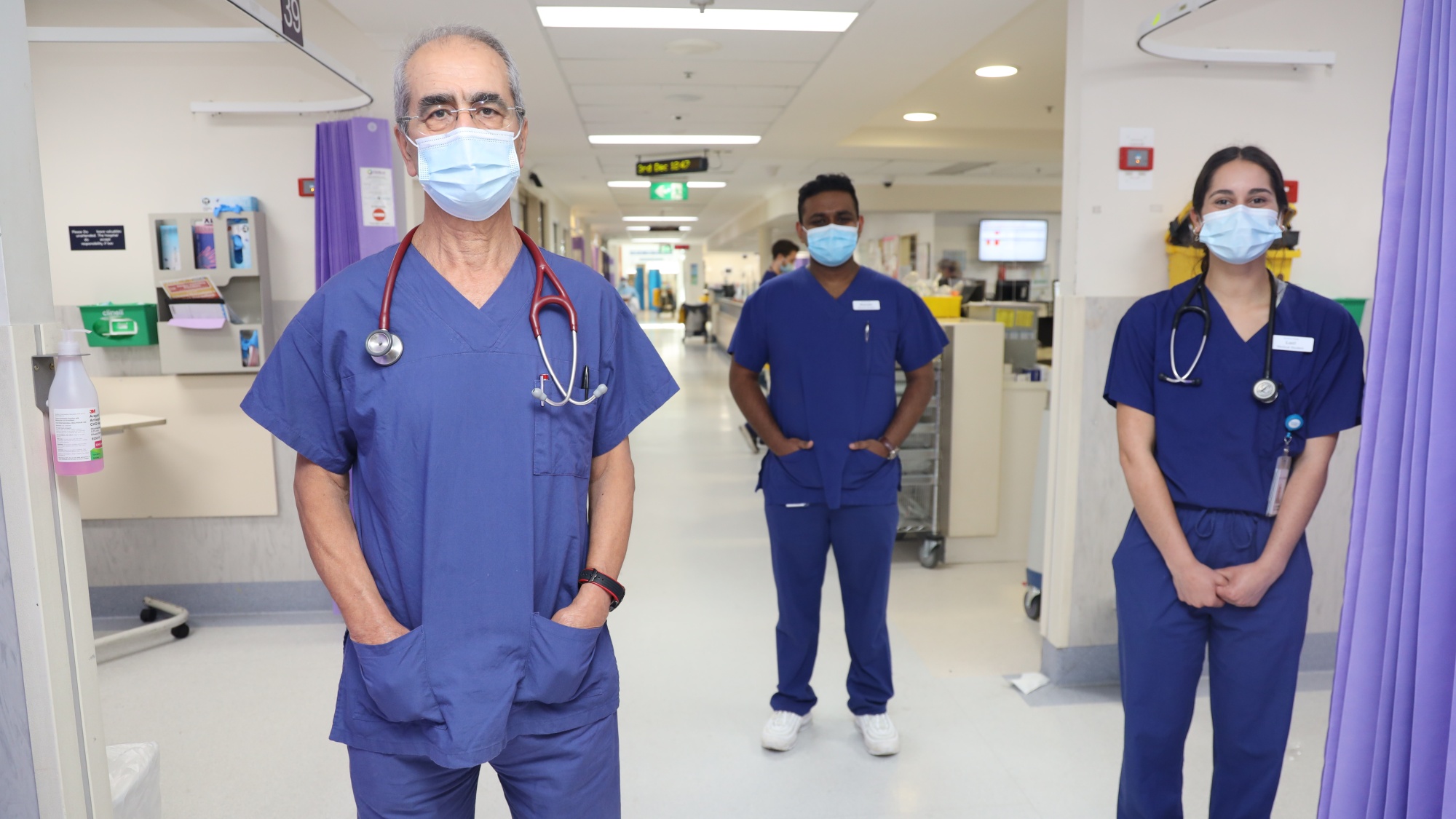 Stefan has worked at PANCH and Northern Health since 1 May 1981, after finding his passion working in the Emergency Department. “I fell in love with it immediately, and made it my second home for the last nearly 40 years,” he said.

After graduating at The University of Athens Medical School, Stefan started his medical career specialising in surgery before moving to Melbourne. Following his work at a number of health services, Stefan was offered a job in the PANCH Emergency Department – where his passion for teaching medical students flourished.

“Teaching is my second passion in life after medicine. I always said that if I didn’t do medicine, I would have become a teacher in mathematics. I started teaching medical students more than thirty years ago at PANCH. When the Northern Medical School was established, I was one of the first people who was asked by Professor Hamish Ewing to join it as a senior lecturer – a position which I hold until now,” Stefan said.

Below are just some of the reasons the medical students nominated Stefan for Teacher of the Year.

“A person of absolute integrity, compassion and kindness. Has been a role model to me as much as an educator. Is hard working and humble, often aiding student’s in ways that others will never be privy to. Admirably, does this without seeking recognition from others. A more worthy person of this award you are unlikely to find,” one student said.

“He stayed with us throughout the year and was extremely committed to keeping us on track, even amongst COVID duties!” and “Impressively empathetic doctor. An excellent example for medical students to follow,” others said.

“Reading the reasoning behind my nomination, it gives me goose bumps. It makes me so emotional!” Stefan said.

“At this stage of my career, I’m not looking for anything else but the simple recognition of my efforts, and when the recognition comes from the students, it means so much to me. To be recognised as a role model by a young group of students is a humbling and honouring experience,” he said.

Stefan says he feels the more experienced doctors have an obligation towards the community and towards the new generation of doctors.

“We need to give the less experienced doctors abundant knowledge in medicine, while simultaneously teaching them what cannot be learned through textbooks. That is, about the morality behind practising medicine, the importance and necessity of using a humane approach; Conveying that this is the essence of patient care, and should always govern one’s practise of medicine,” he said.

When asked what advice Stefan offers younger doctors, he said, “I tell them how lucky they are; How privileged they are. There is no other profession which gives you the opportunity to come into such a close contact with others, to build such a rapport, where they can trust you with their wellbeing, and at times with their life.”

“I inform them that this privilege is not without huge responsibility. I tell them how critically important is, to never take advantage of this trust. I like to point out how important it is to maintain the highest possible standards of their practice of medicine, but also the importance of maintaining their moral obligation towards the community and to the less fortunate.”

Stefan says he also believes it is essential for doctors starting their careers to know early on to anticipate the highs and lows of the job – the joys along with the disappointments and frustrations.

“They will make mistakes, but mistakes are an opportunity for learning and moving forward with even more strength. I also like to offer encouragement that they should never stop working towards their dreams and their values. The world can only grow and change alongside the dreams of the youth,” he said.

Over the years, Stefan has covered various positions other than working in emergency medicine, including surgical registrar and postoperative management of psychiatric patients – a position he described as a “challenging but a rewarding experience”. His routine would consist of an ED shift on a Saturday afternoon, then a surgical registrar shift where he would spend the rest of Saturday and Sunday manning the surgical pager, finally finishing his shift first thing Monday morning – only to have a quick shower and start all over again for his Monday morning shift as an ED consultant until evening!

He reflects on, “unforgettable memories covering an uncountable number of weekend shifts.”

“I remember how it was especially gratifying to receive the recognition from Dr Peter Leslie, the former Medical Director of PANCH, who called me in his office to tell me that the CEO and the rest of the medical administration were highly appreciative of the services I was providing to the hospital and the community.”

Featured Image: Stefan (front) with two of his medical students