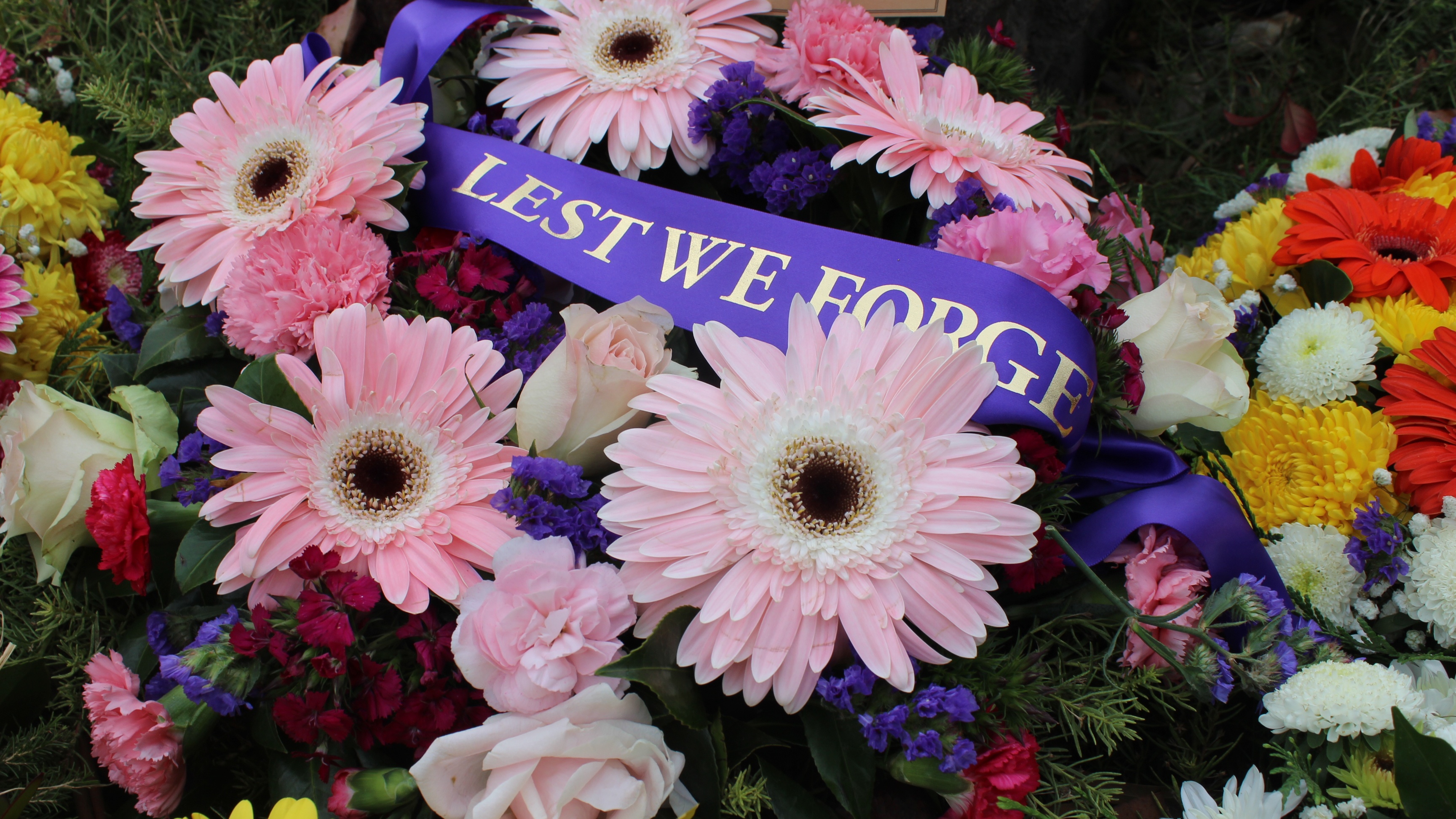 This morning, Northern Health observed ANZAC Day at Bundoora Centre. ANZAC Day is a day that has been closely associated with our patients at Bundoora for almost a decade.

“ANZAC is not merely about loss. It is about courage and endurance and love of country and mateship and good humour and the survival of a sense of self-worth and decency in the face of dreadful odds.”

St Damien’s Primary School Bundoora, who have also been closely associated with our ANZAC Day Service, sang a hymn in addition to the National Anthem.

A key feature of today were the giant poppies created by Laurelle Bland, Occupational Therapist at Northern Hospital.

Colin Woodward concluded with the words of author and poet Anthony Hincks, who said:

Has meaning for us all,

So in that minute’s silence,

Remember those that fell,

Fighting for the freedom,

The freedom for us all.” 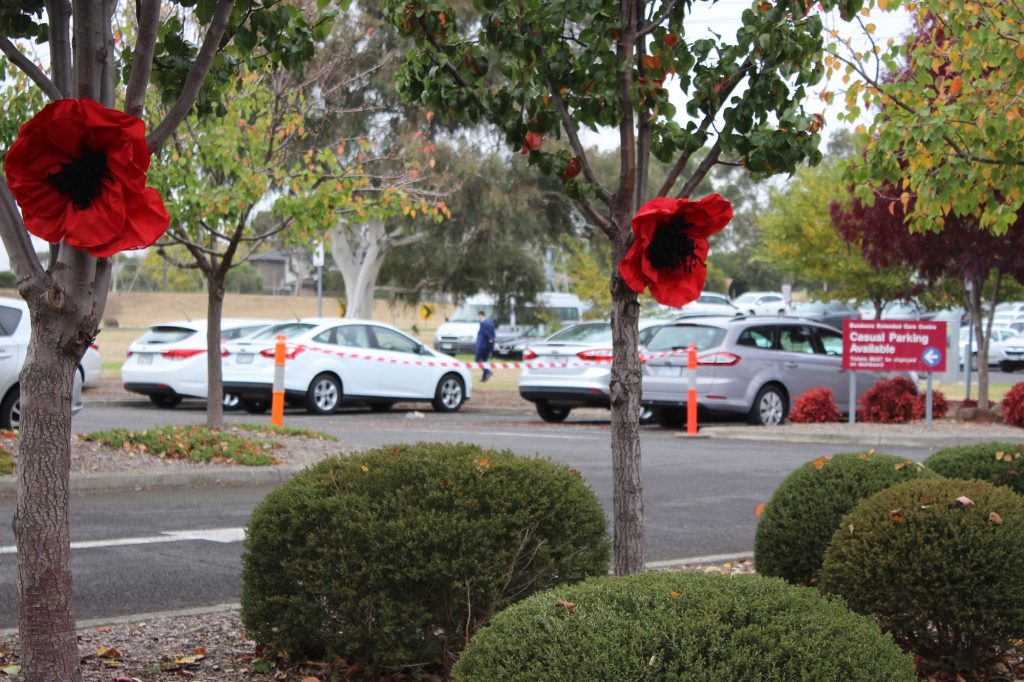 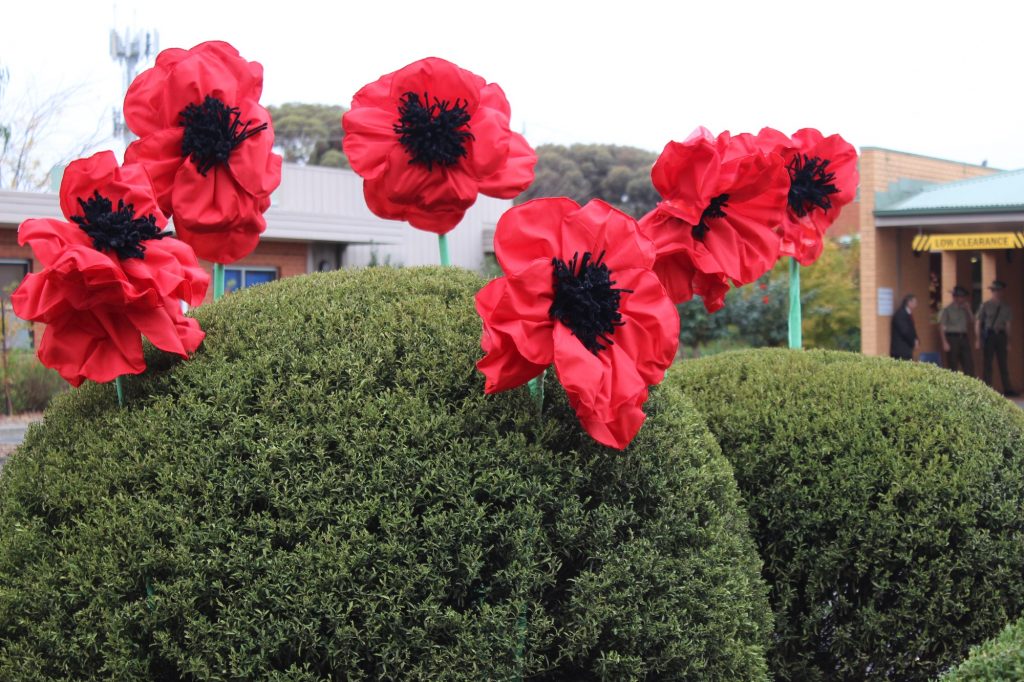 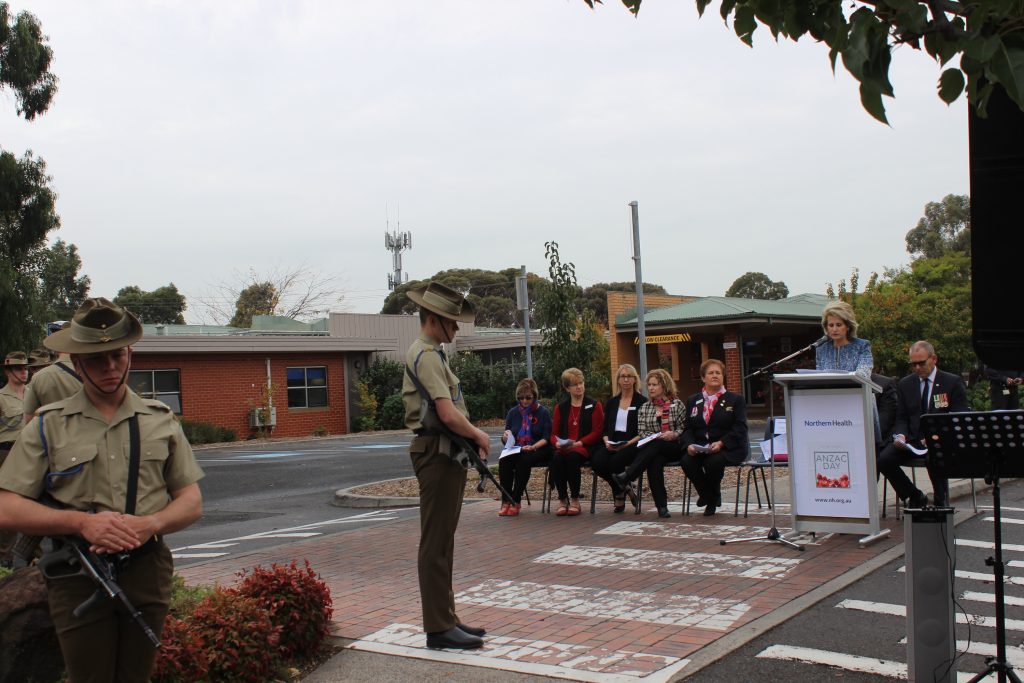 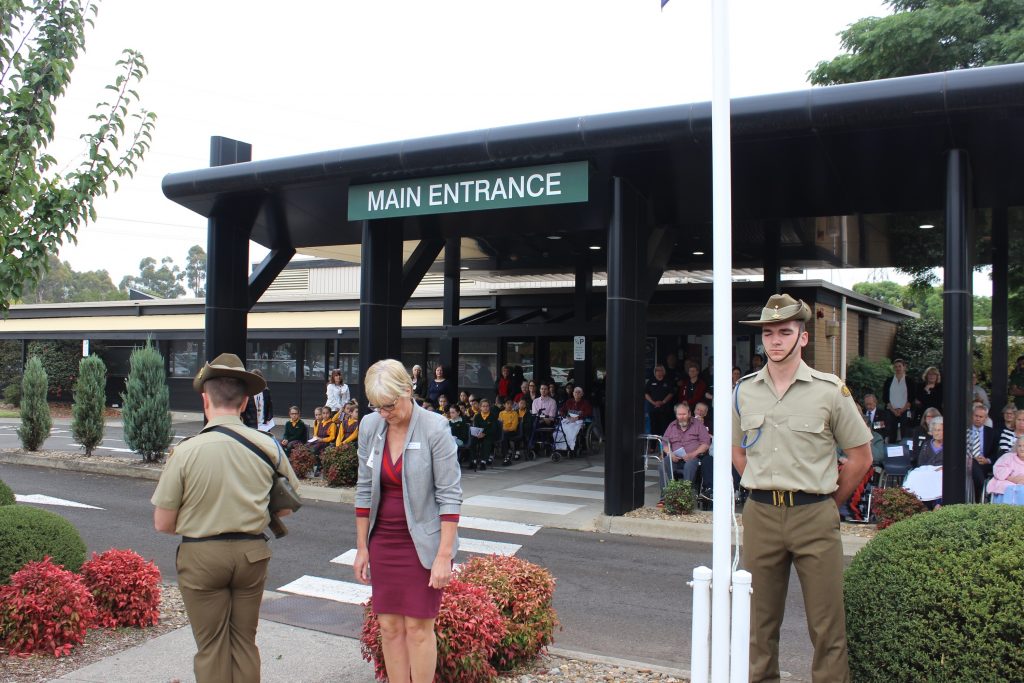 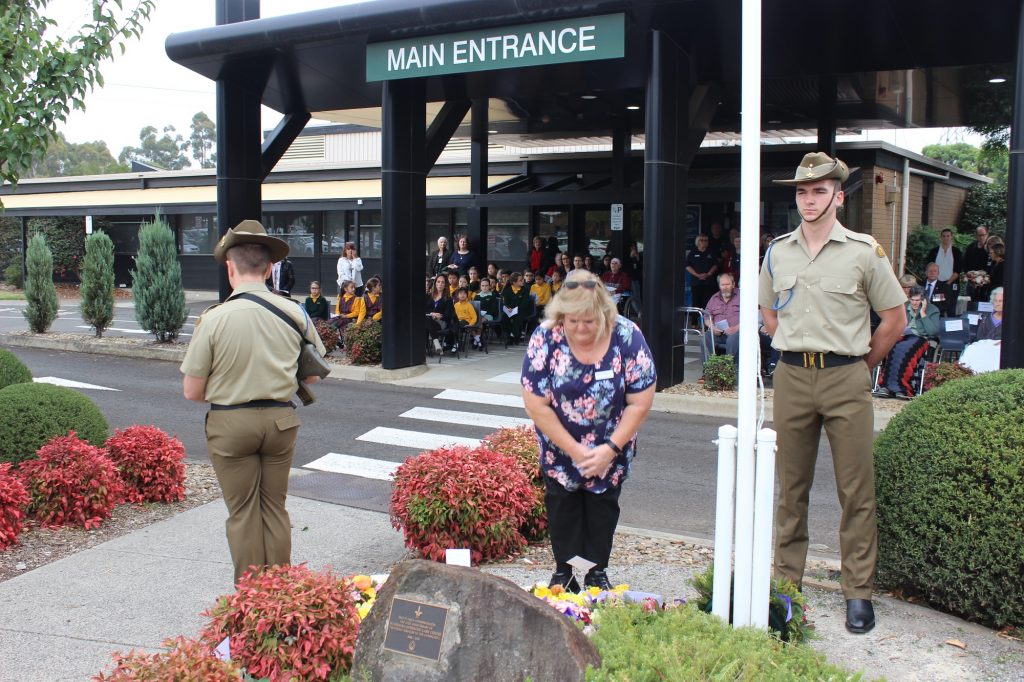 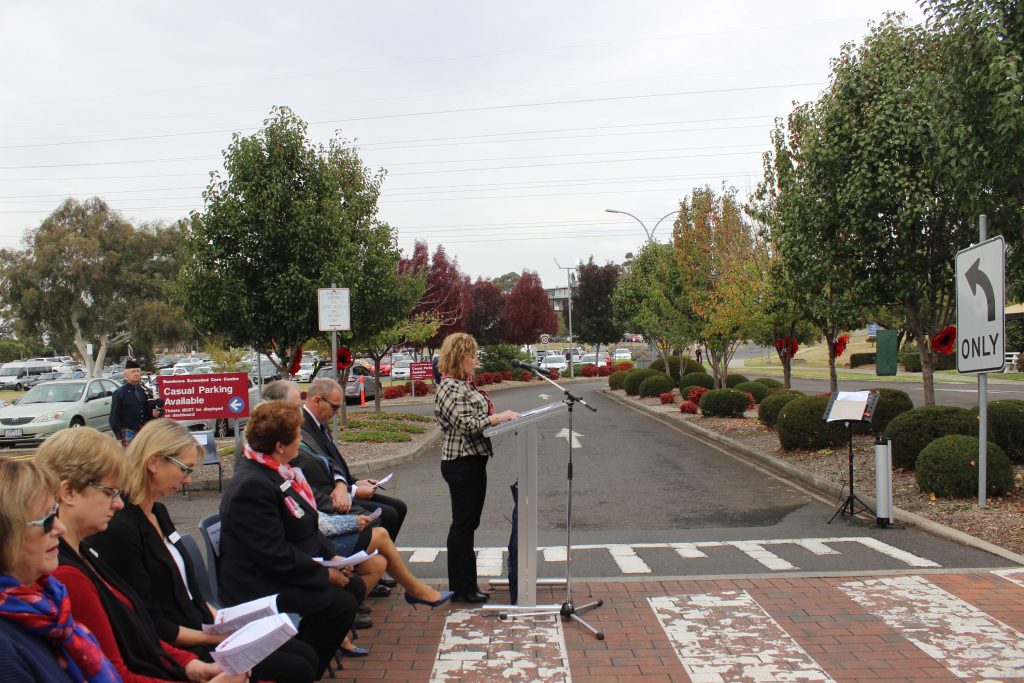