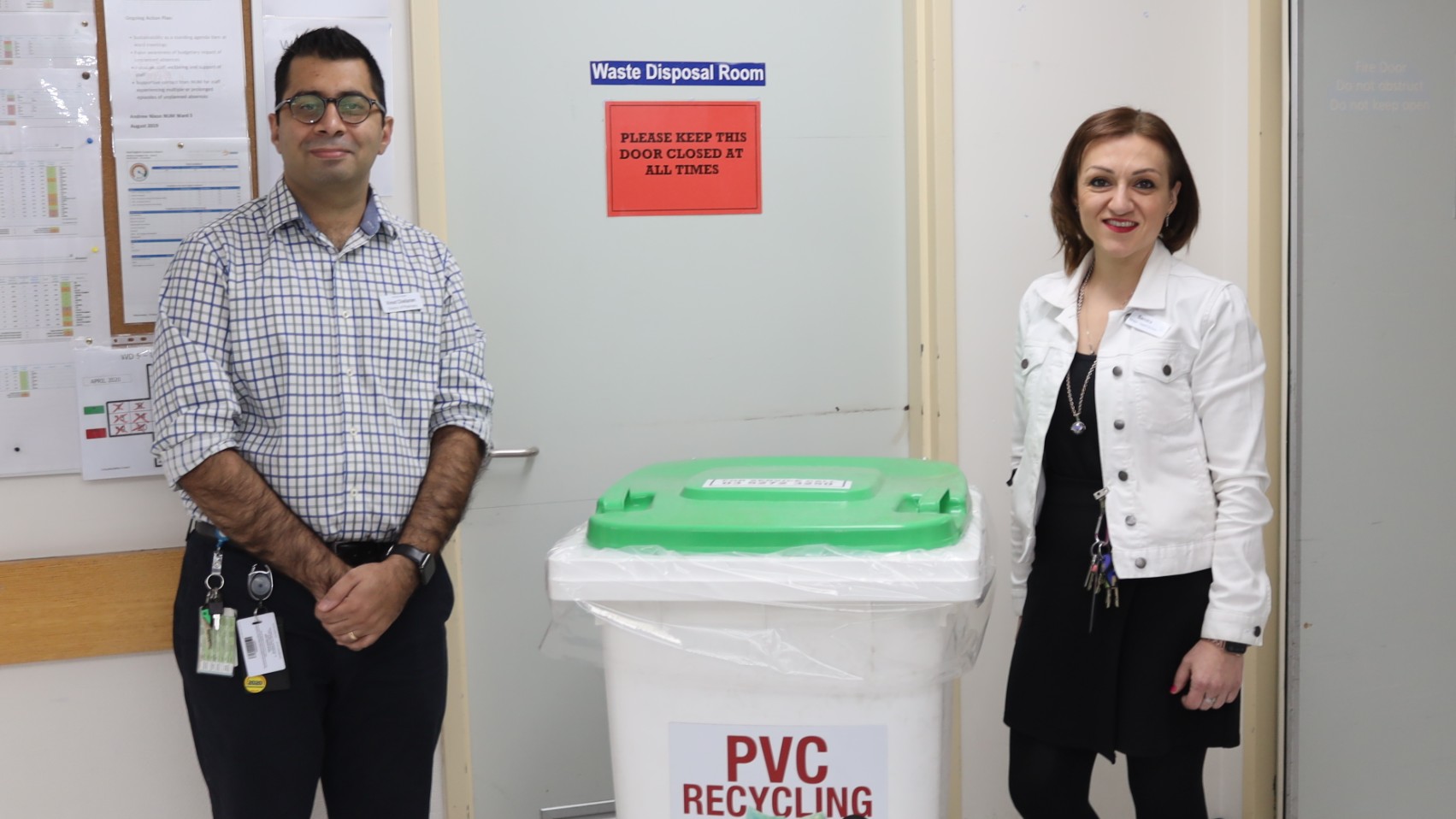 Wednesday 22 April, marked 50 years of Earth Day. The theme for Earth Day 2020 is climate action. Climate change represents the biggest challenge to the future of humanity, and happens when the Earth heats up because of too much carbon dioxide and other ‘greenhouse gases’ in the atmosphere.

Today, on Earth Day, we showcase the PVC Recovery in Hospitals Project, an environmental/recycling initiative that Northern Health, and in particular pharmacy, has been involved in since 2017.

Plastic contributes significantly to hospital general waste. It has been estimated that all plastics account for about one third of a hospital’s general waste, most of which is sent to landfill in Australia. Of all plastic waste generated by a hospital, PVC medical products such as intravenous (IV) fluid bags, tubing, oxygen masks and blood bags are estimated to represent about 25 per cent. PVC, also known as vinyl, can be recycled relatively easily once it is recovered from the waste stream and has been separated from other plastics or materials.

“All the fluids we use in the hospital, like those IV bags, get put in a special bin for recycling,” explains Vinod Chellaram, Director, Pharmacy.

“The PVC bags are then recycled and turned into garden hoses and soft floors for playgrounds, “he adds.

“The Vinyl Council, the peak body representing Australian PVC, tell us we have the best recycling rates for the state,” says Sandra Molinaro, Manager, Support Services, at Northern Health.

“This has resulted in Northern Health successfully diverting 23450 kg of waste away from landfill,” adds Sandra.

In addition to Northern Hospital Epping, two of our other sites Craigieburn Centre and Broadmeadows Hospital are already recycling PVC.

This Earth Day, Northern Health is asking staff to pledge their support and commitment that we will minimise our waste. Small changes such as remembering to turn off lights and computers when not in use can have a big impact.